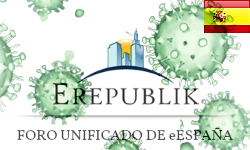 ”Before the class begins, you must get on your knees and worship Nietzsche and accept that his genealogical method was the most highly-evolved theory the continent has ever known, even greater than Hegel's dialectics!”

At this moment, a brave, rational, positivist analytic philosopher who had read more than 15000 pages of Popper and Wittgenstein and understood the raison d'être of empiricism and fully supported all modern hard sciences stood up and held up the constitution.

"How universal is this text, frenchfag?"

The arrogant professor smirked quite Jewishly and smugly replied “It's not universal at all, fucking positivist, its 'truth' is rooted in our shared understandings about culture, the subject and the nexus of power and knowledge”

”Wrong. It’s been 225 years since human reason created it. If it was not universal, and post-modern relativism, as you say, is real… then it should be regarded as a myth now”

The students applauded and all rolled into American universities that day and accepted Wittgenstein as the end of philosophy. An eagle named “Formal logic” flew into the room and perched atop the copy of "Principa Mathematica" and shed a tear on the hardcover. The last sentence of "Tractatus Logico-Philosophicus" was read several times, and Karl Popper himself showed up and demonstrated how dialectics is nothing but a means of justifying contradictions.

The professor lost his tenure and was fired the next day. He died of the gay plague AIDS and his "books" were disregarded for all eternity. 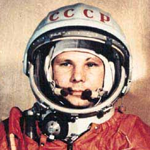 "Before the class begins, you must get off your knees and stop worshiping jesus and accept that he is only a mythological character created to full fill a jewish prophecy."

At this moment, a delusional, mentally unstable navy seal zombie who had served 4 tours of active combat duty, watched his buddies be blown to tiny little pieces and did not understand the reason for of war, much less why he actually joined the service in his youth, stood up and held a rock.

The wise professor smiled quietly and replied knowledgeably, "I'll need to test the rock in the lab. Can you wait two weeks for an answer?"

"Wrong answer!", as the SEAL zombie pulled out a Heckler & Koch MP7A1 4.6mm assault rifle and several M84 stun grenades and yelled, "God created us all and together we will all die!"

The professor was visibly shaken, dropped his chalk, ran to the door while pulling the "emergency, 911, there is a militant crazed jesus loving, bible carrying nut sack alarm" and told all the students, "Don't excite him! Lay down and play dead while I draw his attention away from you!"

The students listened and pretended to be dead. The crazed navy seal ran after the professor who had already crossed the hallway in to his lab. The navy seal followed, with a customized bible in one hand and weapon in the other, along with a picture of sarah palin strapped to his penis, shooting the american bald eagle out in the hallway, which was being transported to the audubon society for rehabilitation after being previously shot by a NRA supporting, douche bag, big game hunter.

The navy seal ran in to the lab where the professor turned on his non-lethal experiment which he had been developing for the american military. The device disabled the navy seal and the police transported him to the hospital for the mentally ill, where they found a large tumor in his brain which was caused by chemicals used in during the war in iraq and afghanistan, which was originally made in mexico by slave labor because the american manufacture wasn't allowed to use the chemical here in the united states because it was carcinogenic and the by-product was dumped in the river in this small mexican town where all the inhabitants had 1000% likely-hood of dying from strange and rare diseases and their babies were born deformed.

The professor received several awards and was given the nobel prize for his non-lethal weapon, which he then gave the 1.4 million dollar award to charity to educate young adults and children in third world countries not to do drugs or to have unprotected sex. 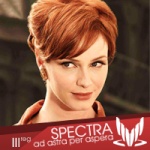